On Saturday, October 21, 2017, several Danvers Girls Scouts with the support of a recently formed Holten Cemetery Association Board, unveiled a new sign at the historic burial grounds at 131 Holten St.

The cemetery is significant not only because of the numerous veterans buried there, but because of its namesake, Judge Samuel Holten, a patriot and delegate to the Continental Congress, who served as its president pro tempore.

Holten also served as an early member of Congress. He died Jan. 2, 1816, at age 78, and his large headstone stands toward the front of the cemetery. 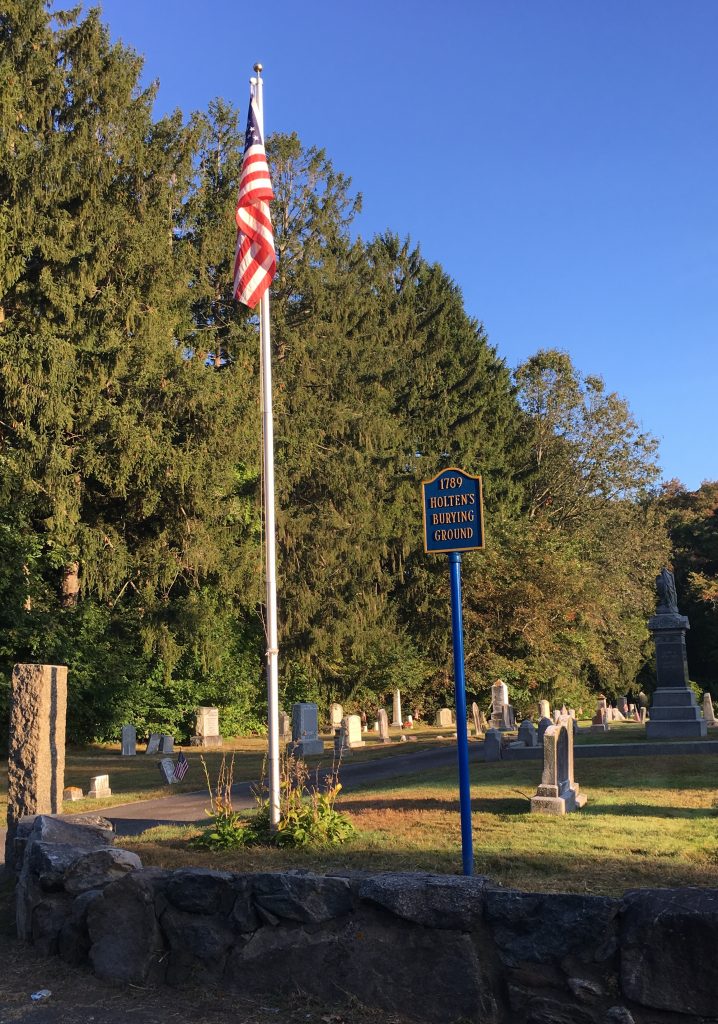