On June 14, 1777, the Continental Congress passed an act establishing an official flag for the new nation. The resolution stated: “Resolved, that the flag of the United States be thirteen stripes, alternate red and white; that the union be thirteen stars, white in a blue field, representing a new constellation.” 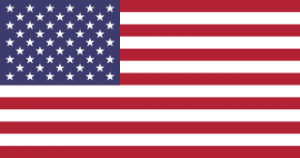 Click the flag to read about historic details of how the U.S. flag came to be, or the rules and regulations associated with flying the United States of America’s flag.